A wife who was a victim of the 28 February (Post-modern coup 1997) married with the disabled person despite parental pressure, dismissed on 15 July (Coup attempt 2016), and now the struggling for worsening health of the disabled husband that is in prison…

BOLD – Yavuz Selim Burgu, an orthopedically disabled person, was detained in September 2016 due to the Bylock charge. He was released on judicial control because of his health condition.

In April 2017, he was again detained because of ‘covert imam operation’, which only had the accusation of Bylock, and this time he was arrested. Ten months after his arrest, the first trial court was sentenced to 8 years and 9 months of imprisonment and his detention on remand was continued. The file is currently in the Supreme Court.

According to Law No. 5275 of the Constitution, the punishment for those who cannot sustain their lives alone in prison must be postponed until they are recovered. However, this law has not been applied for Yavuz Selim Burgu, who has been in Kayseri Bunyan Prison for two years. This law is not enforced to those arrested in particular within the scope of ‘FETO operations’. (There are about 1154 sick and disabled prisoners in Turkey’s prisons.)

The impossibilities in prisons aggravate the situation of disabled and sick prisoners even worse. As a matter of fact, when he was in prison for two years, Burgu had to have a kidney operation in Kayseri State Hospital last week. 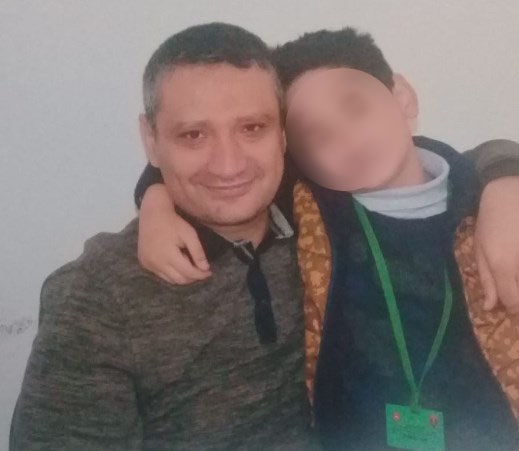 “There was a stone in his kidney, but it was not serious as everyone else. But the stone grew up since he was in prison for two years. Because he was having trouble moving there. Holding Cells are two-story. It’s not easy for my Husband to live in a two-story cell with crutches. He was supposed to drink water regularly but he couldn’t.

As a result, doctors decided to perform a surgery when the stone grew” His wife Rukiye Burgu said. A few days after the surgery, Yavuz Selim Burgu who is a disabled person who has to undergo continuous physical therapy was sent back to prison on March 15, 2019.

He has paralysis in his left leg, so he can’t use his left leg. Since the whole body was placed on his intact leg, the problem started over the right leg and he underwent surgery. If he loses his sturdy leg, it means he’ll be in a wheelchair. He also has a hearing loss in one of his ears. 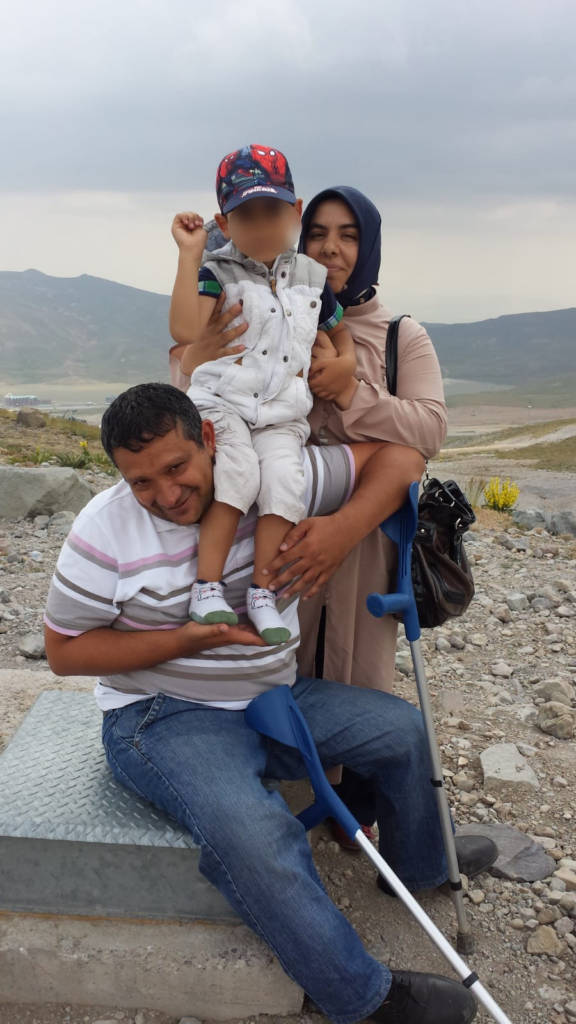 “ARE YOU LOOKING FOR BABYSITTER FOR YOUR DISABLED SON?”

Yavuz Selim Burgu was born in 1976 in Kayseri. He was a mathematics teacher who was all the time carried to school by her mother in his early years of education. When he was 2, he suffered from polio and could not walk for a long time.

When her mother took her son to primary school that was in Kayseri city center for enrollment, she was reprimanded by vice-principal: “Are you looking for a babysitter for your disabled son? How will he study?”

Whereas, Yavuz Selim Burgu, who was not enrolled, was a child who learned to read himself and also was able to perform three-step multiplications. His illiterate mother could enroll his son by pleading with his teacher neighbors.

After graduating from Sakarya Faculty of Science and Literature, Department of Mathematics, Burgu completed his postgraduate studies in History at Cumhuriyet University. There is also a book called Anatolian Seljuks written by him. He and his wife Rukiye Burgu, a former banker and civil servant, have been married for 12 years and they have a 9 years old son. 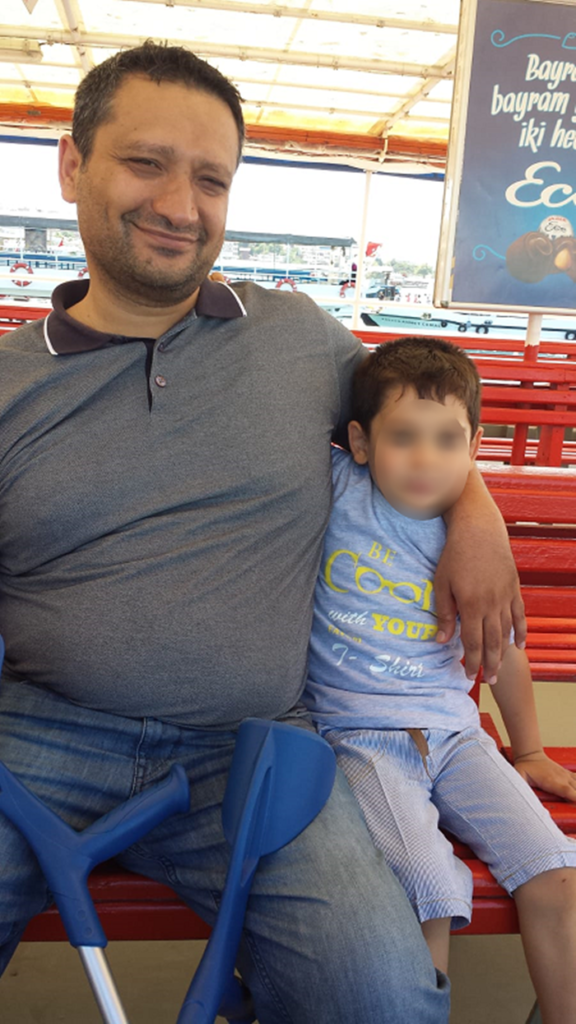 I FOUGHT THREE YEARS TO MARRY MY HUSBAND

“I fought for three years to marry with my husband and I am very happy to be married to him.” Rukiye Burgu told. Her family didn’t want to marry their daughter, who was living in Istanbul and working in the bank, to a disabled man. But then, “my mother loved him more than me,” Rukiye Burgu said: “My husband and I met when I was studying Business at Cumhuriyet University in Sivas. I was living in Istanbul, I told my family that I wanted to marry, but my family said no for 3 years because he was disabled, I didn’t give up…”

SHE WAS ALSO DISMISSED WITH DECREE LAW (KHK)

Rukiye Burgu, who worked as a civil servant in the Land Registry Directorate of Kayseri, was also a public employee who was dismissed with KHK. Until 15 July, The Burgu family’s members were a teacher and a civil servant. That night, they were having a picnic in the fair area in Kayseri. “Many people in this country suffer a lot in a way that they do not deserve. I want someone to read this. My Husband is a man who loves his country, now he is indicted for treason.” Rukiye Burgu said.

I WAS HARD DONE BY ON 28 FEBRUARY, AND NOW TOO…

Rukiye Burma, is one of the students who passed through on 28 February, feels uncomfortable because 28 February is only appropriated by a particular group of veiled women:
“I am a graduate of Imam Hatip and I am one of the students who passed through the 28 February thornily. Today some veiled women come out and tell of 28 February as if they were the only ones who had lived on those days. I was the top student of the school, and I couldn’t use the quota for top-scoring students in university entrance exams. Because they did not let me attend the National Security course, I was stripped of being a top student.

Then the university exam computation was changed and I studied business at Cumhuriyet University. Whereas, I had a score that could study Medical School. Now, 28 February is only appropriated by some women and they say we are the victims. No, there are many victims. And now I have the second victimization. Our rights are being violated. I have never been a part of the ‘Hizmet’ movement. How much my husband supports is his choice. The Man must be right.

I did the right thing on 28 February. I didn’t change the high school I study, I could change it because I had won the college exams. I went to the training center with the ‘ÖNDER’ scholarship. I stayed in the dormitories of the ‘İlim Yayma Cemiyeti’. I didn’t go to training centers that belonged to the ‘Hizmet’ movement that is now oppressed. I don’t mean studying there is a crime but there is a perspective that ‘We passed through 28 February, now this is your time to face this’. I passed through on 28 February too. Honest people should be on the right side and it always costs them dear.” 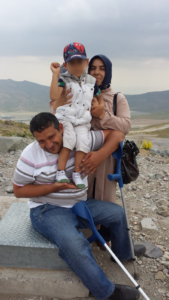 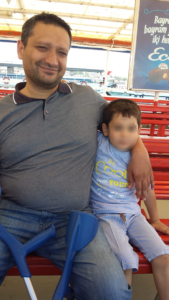