Letter from Sincan Prison: “Do you want to kill us?”

Violations of rights in Ankara Sincan Prison are even worse compared to the period of the officially ended state of emergency. A letter sent by a detainee’s wife to BOLD shows that the detainees were subjected to psychological torture and detainees have been persecuted for meeting their humanitarian needs.

BOLD – Detainee’s wife, who wanted to keep her name in secret for security reasons, told the scandals in Sincan Prison one by one. The prisoners who had to drink the rusty water, were not given enough hot and cold water, were given a limited amount of food, and were not even given a simple painkiller are now in a very difficult situation and asking: “Do you want to kill us?”

We publish the letter explicitly…

“My husband has been in detention for 28 months. However, treatments that have been around for the last 2 months are even worse compared to the period of the state of emergency. The part where my husband has been staying was already built to make people psychologically more difficult as a structure.

The ward is for 3 people, with a narrow, low ceiling and a small garden part facing the sky is surrounded by barbed wire. The corridors of the prison are too narrow for two people to walk side by side. In such an environment where the physical conditions distress human endurance, the treatments have now become a threat to people’s physical and mental health.

WATER IS LIMITED TO QUOTA

In the wards planned for 3 people, 5 people are staying because of the high prisoner number. New arriving prisoners sleep on the mattresses which are on the ground. The hot-cold water, which was continuous for 24 hours even during the state of emergency, was now limited to a quota. Regardless of the number of people staying in the ward, the quota amount is only 40 liters of hot water and 70 liters of cold water per day per ward. Even if there are 3 or 5 people in a ward, they cut the waters after this limit. 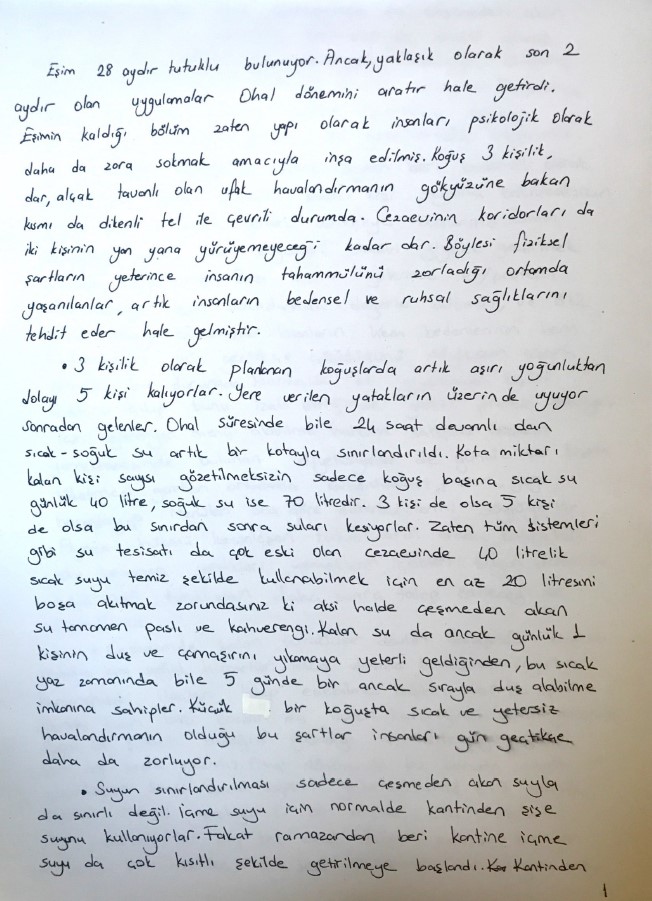 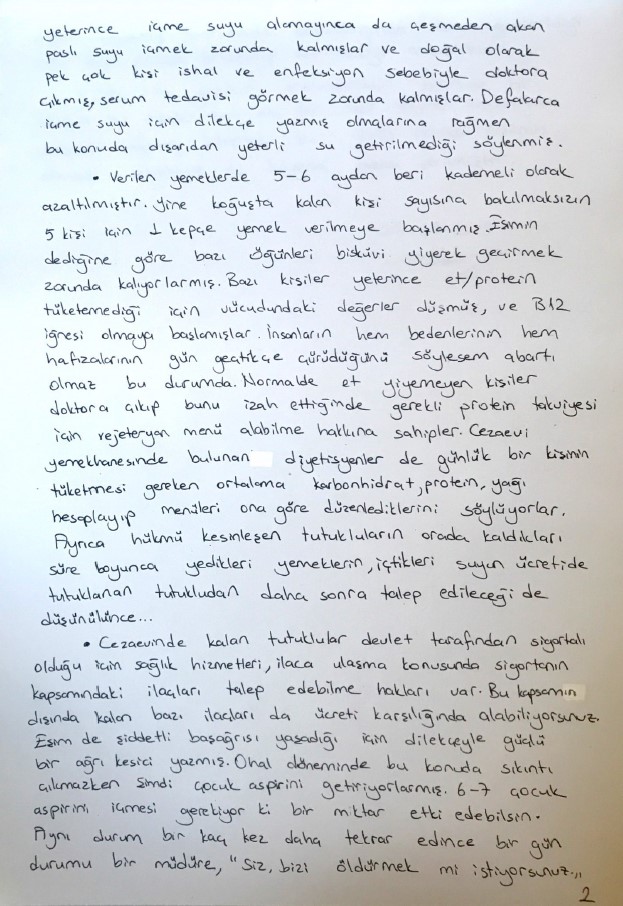 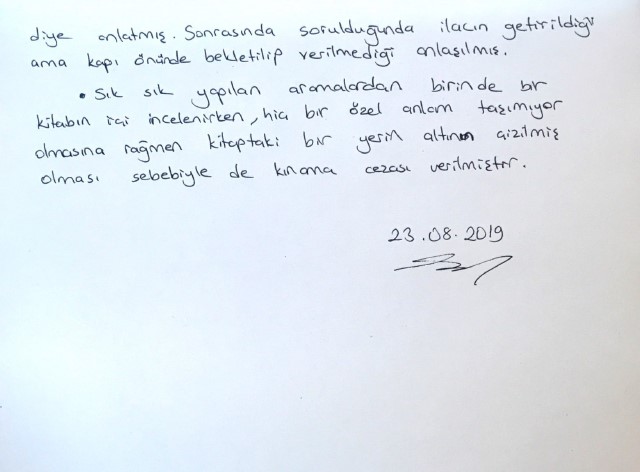