Albanian Police attempted to deport a 41-year old Turkish teacher wanted by the Turkish government contrary to a local court decision on Wednesday evening, according to local sources.

Harun Celik, who fled persecution back in Turkey, spent 5,5 months in a Tiran prison following Ankara’s extradition request over charges of being a member of the Gulen Movement.

A week after a local court ruled over his release, Celik was discharged from the prison on Wednesday to apply for asylum in the immigration office.

According to his friends in the country who spoke to Bold, however, the Albanian Police captured the Turkish dissident soon after he was released and forced him to get on a car to take him to the Rinas airport.

His friends intervened at the airport and shared some footage allegedly showing the deportation attempt and the brawl with the Police.

Albanian officials did not put Celik’s asylum application in the process according to local sources, and he is being kept by the Police at the airport.

Turkish President Tayyip Erdogan’s ruling AK Party has been targeting the Gulen Movement as part of a mass crackdown since a controversial coup attempt in 2016. The government has imprisoned tens of thousands of people and sought extradition for some hundred people abroad. 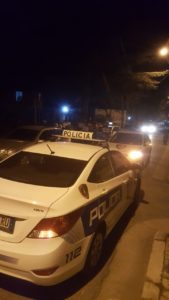 In March 2018, Turkish intelligence service (MIT) detained six Turkish nationals with the cooperation of Kosovar authorities, and they were taken to Turkey where they were arrested.

As of March 2019, a total of 107 people with alleged links to the movement have been brought to Turkey since the failed 2016 coup, following extradition requests for 504 people sent to 91 countries, the state-run Anadolu Agency (AA) reported citing Justice Minister Abdulhamit Gul.