No Result
View All Result
Ana Sayfa Other

Were the Hizmet Movement schools successful?

After Ismail Saymaz posted in his twitter account that the Gülen Movement schools could not train scientists, a debate started. Was that the case? Let’s check some of the results from the records of the international science olympiads.

Journalist İsmail Saymaz expressed his admiration by sharing photos from a school he visited in Switzerland, and said, “Why are these schools not in our country”?

Journalist Adem Yavuz Arslan mentioned in his reply to İsmail Saymaz’s tweet that there were hundreds of such schools in Turkey, but they were illegally seized after the state of emergency and converted into Religious Vocational High Schools (Imam-Hatip schools), and Ismail Saymaz cheered this action.

Writing in response to Adem Yavuz Arslan’s tweet, İsmail Saymaz replied that there were no scientists graduated from the schools run by the Gülen Movement.

But were the Gülen Movement schools really unsuccessful? Could they not exist in the scientific field? Or were they successful by obtaining questions beforehand, as İsmail Saymaz argued?

Gülen Movement schools were highly rated schools in Turkey before the State of Emergency. To understand the success degree of the Gülen Movement schools, we shall analyze their international achievements rather than local ones as they will reflect more objective results.

Even though it is rarely found to have “scientists” in the high schools, except for the extreme cases, high schools are the places where future scientists are discovered, encouraged, and provided with the necessary fundamental education. 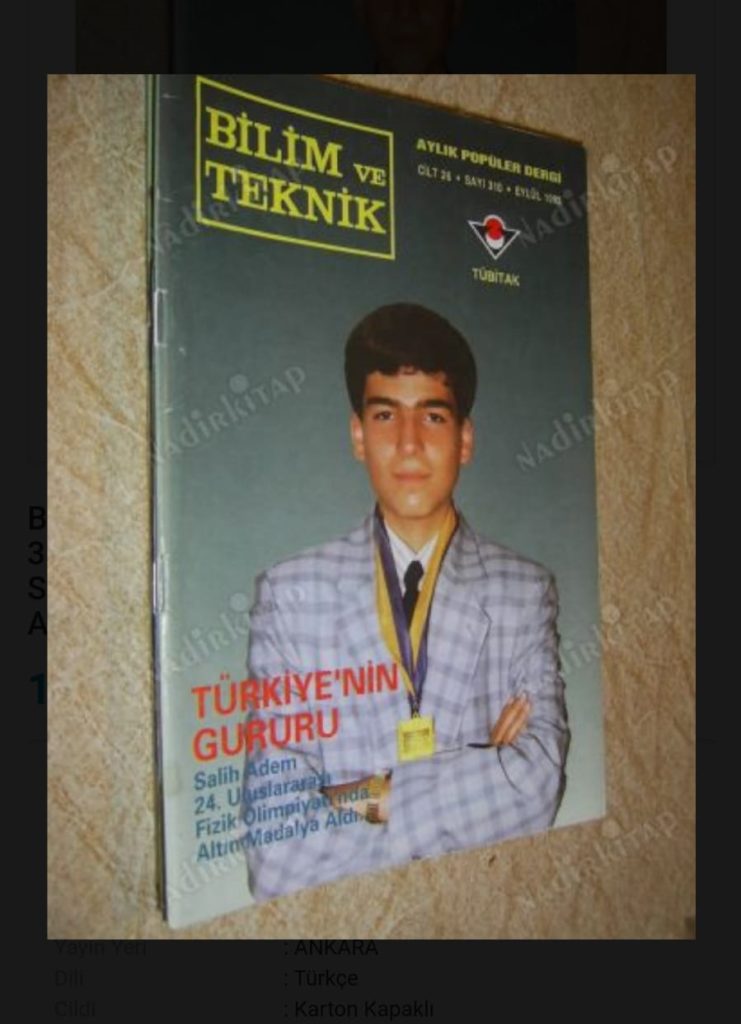 The Scientific and Technological Research Council of Turkey (TÜBİTAK) is responsible for exploring the future scientists in Turkey and TÜBİTAK carries out this by organizing the National Science Olympics. Gülen Movement Schools have thousands of medals at TÜBİTAK National Science Olympiad throughout the years; however, since Ismail Saymaz can attribute these great achievements to the claim of ‘stealing questions,’ stressing out the International Science Olympiads can provide neutral results.

The first International Science Olympiad was held in Romania in 1959. Having an international delegation, The Science Olympiads are held in different countries every year. Participating in the Science Olympiads since the end of the 1970s, Turkey could obtain only a small number of bronze and silver medals. On the other hand, the “gold medal” could not be reached. When the calendars showed the year 1993, Salih Adem studying at Yamanlar College brought the first “gold medal” to Turkey in the physics area in Turkey in International Science Olympiads. Since this success was precious, Science and Technical Journal published by TÜBİTAK monthly had the photo of the student on its cover page, and TÜBİTAK allocated a large space in its journal to his school. Let us remind you that Yamanlar was shut down with a Decree-Law.

With this Gold Medal, students had more self-confidence. The next year, a student from Yamanlar College repeated the same success, and Turkey achieved its second gold medal.

A student from Istanbul Fatih College brought Turkey’s first gold medal at the International Biology Olympiad in 1996, which was organized in Ukraine.

Another success took place for the first time in 1997 summer. Salih Özçubukçu, a student from Izmir Yamanlar College, achieved the first gold medal at the International Chemistry Olympiad in Canada, and this medal was also the first international gold medal in chemistry in Turkey.

When the calendars showed the year 1999, Gülen Movement Schools achieved another great success. The 41st International Mathematics Olympiad awarded Mehmet Bumin Yenmez with a gold medal, and he was also a student of the Yamanlar College. This medal was also the first gold medal for Turkey in this area, and thus 40 years of longing ended.

Another student, studying at Ankara Samanyolu College brought the second Gold Medal to Turkey at the International Computer Olympiad.

After the arrival of the first gold medals for Turkey in International Science Olympiad, perhaps there was only one missing thing in this area. Only male students achieved all the Gold Medals obtained at the Olympics until 2006. Hande Boyacı made Turkey proud for the first time by getting the gold medal in the International Science Olympiad in 2006. The “Golden Girl” who brought the gold medal in chemistry to Turkey was a Yamanlar College student.

Accustoming Turkey to Gold Medals after the first gold medals in every field, with their systematic and planned studies, almost all of the students in the Science National Team participated in the International Olympiad started to return to Turkey with medals. Until 2016, when schools were unjustly closed down, approximately 90% of nearly 500 medals in International Olympiads were brought to Turkey by the students studying in Hizmet Movement schools.

Today, hundreds of students who graduated from Hizmet Movement schools not only work at the best universities in the world, like MIT, but also they work in prominent institutions, like Silicon Valley, NASA, or Microsoft.

Gülen Movement’s educational activities had long been under pressure in Turkey. Schools were under strict control with hundreds of inspectors when Turkey returned from the brink of the military coup on February 28, 1997. Mr. Gülen stated in 1998 that schools are extremely important for Turkey, and if the government wishes to continue high-standard education, instead of closing them down, he can request the school owners to handover the schools to the state.

Erdogan has targeted the educational activities of the Gülen Movement since 2012. First of all, the preparatory schools were shut down, and many schools were confiscated through the appointment of trustees. In the state of emergency, which was declared after July 15, 2016, all schools were closed down. Most of the schools were converted to Religious Vocational High School (Imam Hatip).

No more such news

Local and international media reported on the outstanding achievements of high schools such as Yamanlar, Fatih, Samanyolu for their different Science Olympiads successes. The news of gold medals is no longer common in Turkish media after Gülen Movement schools were closed down. 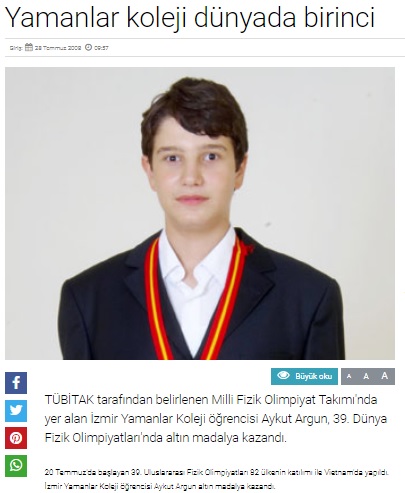